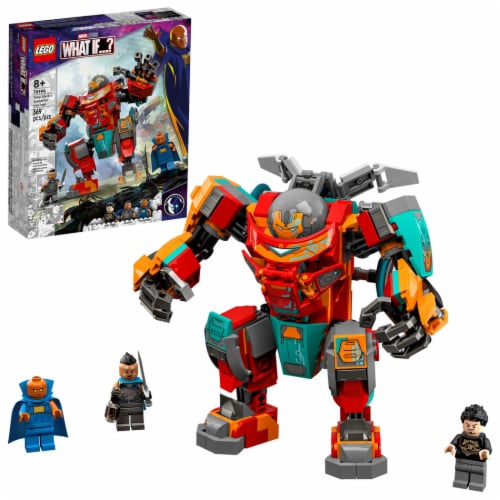 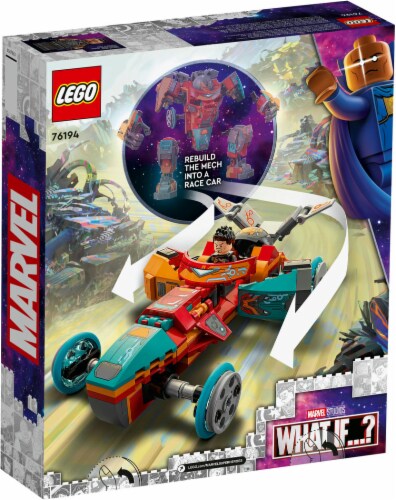 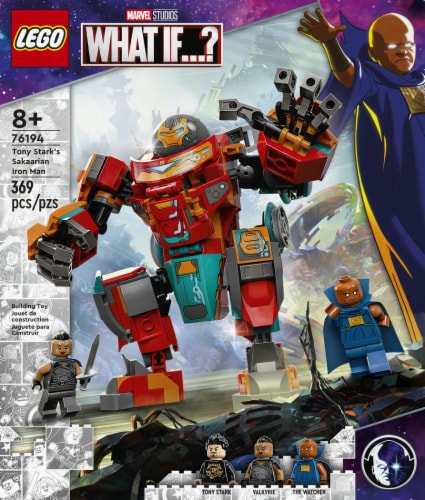 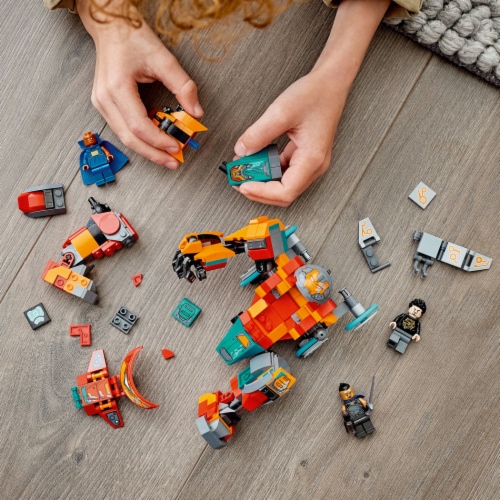 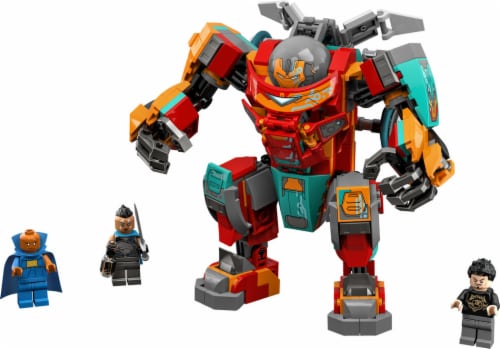 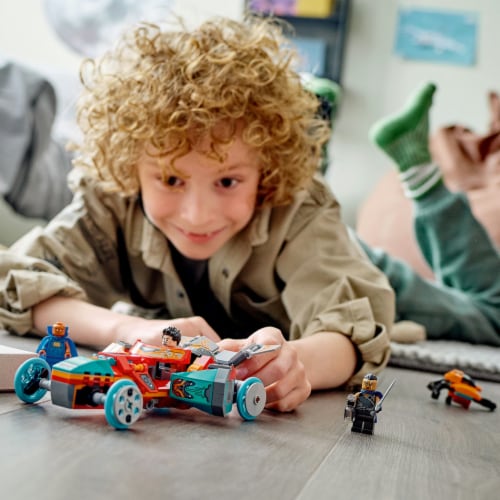 Take Marvel fans to a new dimension of build-and-play, imaginative adventure with LEGO® Marvel Tony Stark’s Sakaarian Iron Man (76194). This landmark LEGO Marvel set lets kids aged 8 and up recreate scenes from the animated Marvel Studios’ What If...? series on Disney+ and explore new stories from the Marvel Cinematic Universe. New stories with iconic Super Hero characters: This exciting expansion of the Marvel Cinematic Universe features 3 minifigures – Tony Stark, Valkyrie and The Watcher –and a buildable mech that can also be rebuilt into a powerful-looking car. Kids place the Tony Stark minifigure into the Sakaarian Iron Man mech. This mechanical giant is highly posable, allowing kids to twist and turn the mech as it advances into Super Hero action. When there’s a need for speed, kids rebuild the mighty mech into a power-packed vehicle and race off for more amazing adventures.