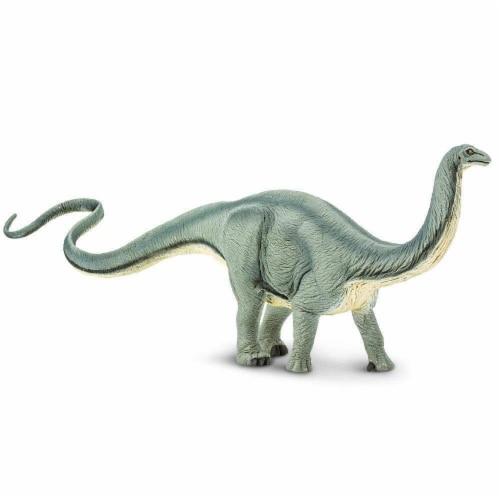 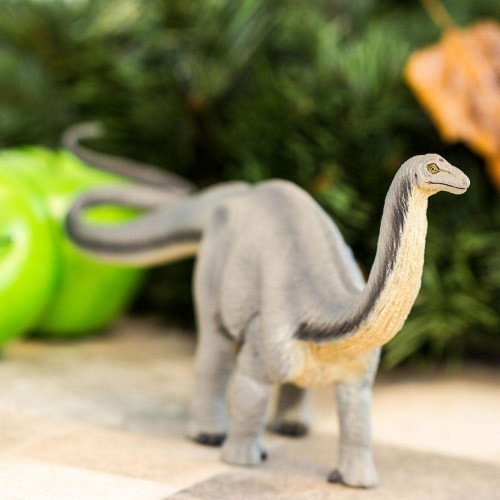 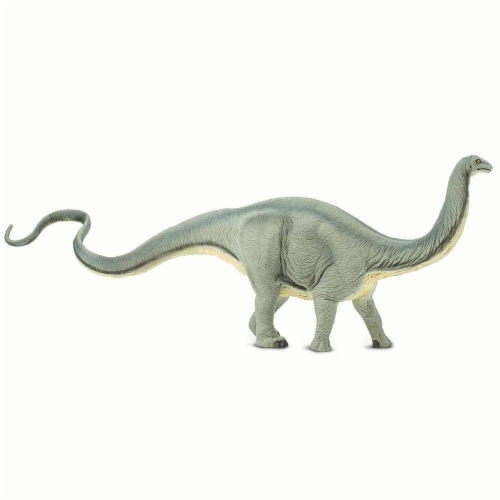 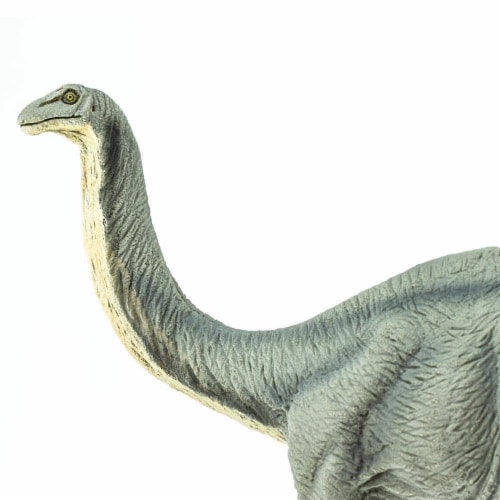 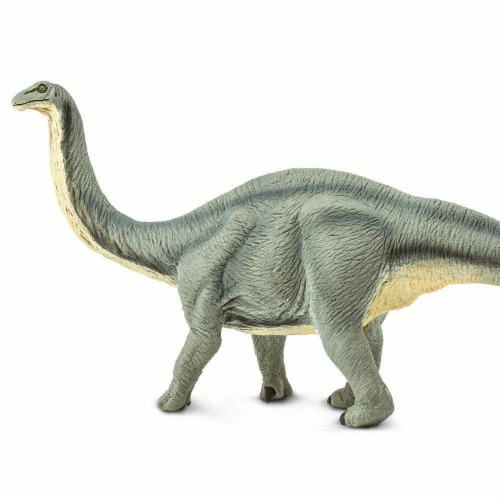 Apatosaurus was a sauropod dinosaur that lived during the Late Jurassic Period (about 152 million years ago) in what is now western North America. It was a large animal, being at least 70 feet in length, ad weighted about 20 tons, but some old adults were probably a lot bigger. Thankfully, this Apatosaurus toy is small enough to fit in your home! History: The history of Apatosaurus is confusing - The first skeleton, found in the 1870â€™s, lacked a skull. Although some bones of its skeleton looked a lot like Diplodocus, which lived at the same time, other bones looked more like another dinosaur called Camarosaurusâ€™ . This made it difficult to figure out exactly where Apatosaurus fit in with other dinosaurs. We now know that the skull of Apatosaurus looked more like Diplodocus than Camarosaurusâ€™ , so we able to put Apatosaurus and Diplodocus in the same family. Scientific Name: Apatosaurus Characteristics: Apatosaurus was a large quadrupedal dinosaur with a long neck and whip-like tail. Like most sauropods, it had a stout body, and its front legs were slightly shorter than its back legs. It was once thought that large sauropods like Apatosaurus would have been too heavy to have supported themselves on land, so were forced to float themselves in water. We now have fossil footprints that show that this is incorrect â€“ they walked on land, although not very quickly, with top speeds of less than 20 miles per hour. Size: This Apatosaurus toy is 13 inches long and 5 inches high. The Apatosaurus is part of the Wild SafariÂ® Prehistoric World collection All of our products are Non-toxic and BPA free