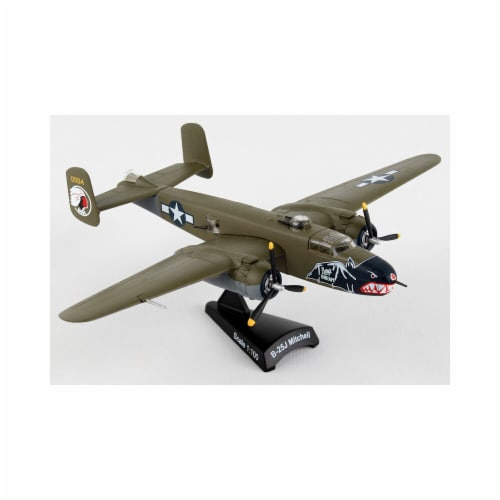 This Die cast metal airplane model comes in 1 100 scale with plastic stand The B 25 Mitchell is a medium bomber named in honor of General Billy Mitchell a United States Army general who is widely regarded as the father of the US Air Force The B 25 is a two engine propeller driven aircraft with an H tail configuration and is considered to be a safe and reliable aircraft It was used extensively during World War II by the Allies especially on the Pacific Front Panchito was assigned to Captain Don Sailer of the 396th Bomb Group in the Central Pacific He named it after the feisty Mexican rooster from the 1943 animated musical Three Caballeros It was restored to vintage flying conditions in 1986 Specifications . Recommended Age 14 and up. Scale 1 100