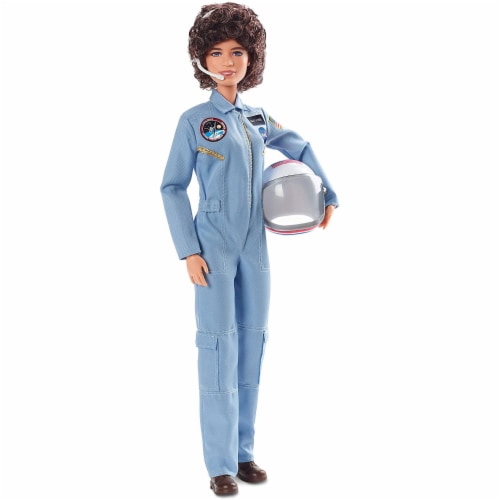 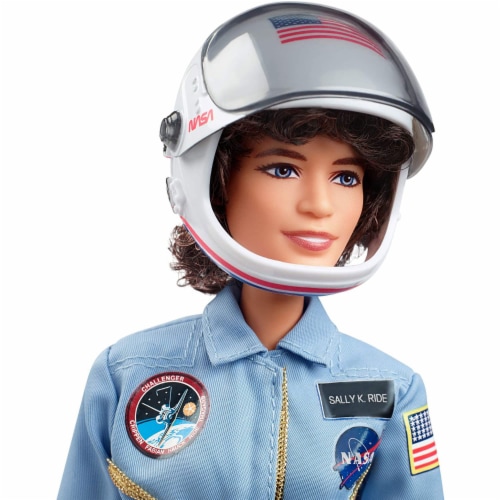 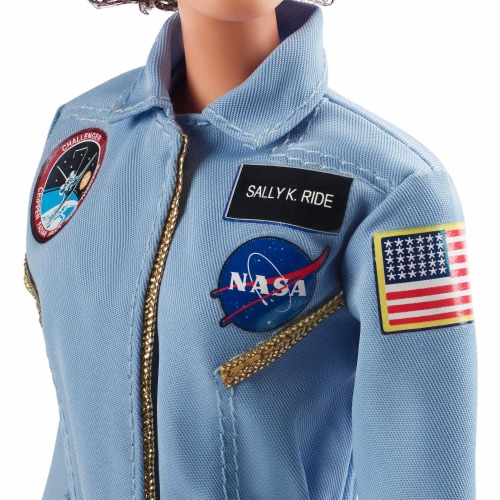 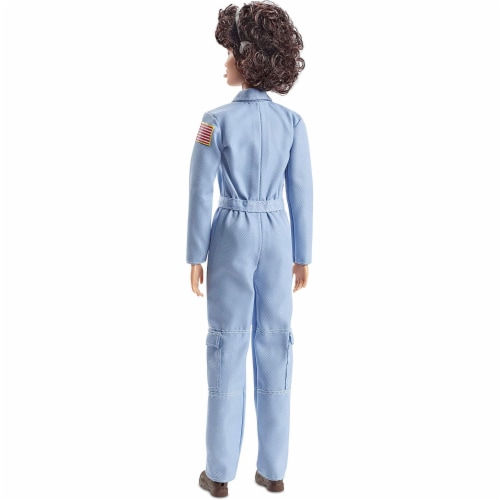 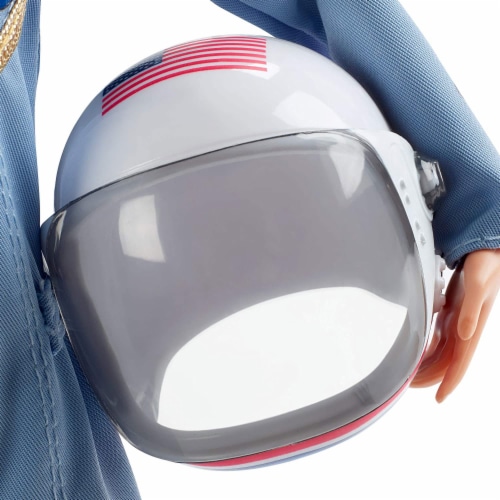 An inspiring trailblazer for girls everywhere, Sally Ride accomplished a great feat beyond the stars as the first female and youngest American to travel into space. As part of the Inspiring Women Series, the Sally Ride Barbie dolls pays a beautiful tribute to the American astronaut. From her curly hair to her blue flight suit, every detail was dedicated to accurately mold to Sally's likeness. Her full-fledged flight suit is an authentic representation of the flight suit she wore, and it includes a removable helmet and communications microphone. The intricately detailed patches and insignia, proudly display the American flag, NASA logo, Challenger shuttle logo, and Sally's name tag. Recommended for kids ages 6 years old to 10 years old, this doll encourages pretend and imaginative storytelling with Sally Ride Barbie's fully articulated posable figure, as your little one can reach for the stars just like she did. Included with the Barbie doll is a Certificate of Authenticity and a doll stand to easily put Sally on display on any surface or mantel. Dream big just like Sally did with the Sally Ride Astronaut Barbie Doll.