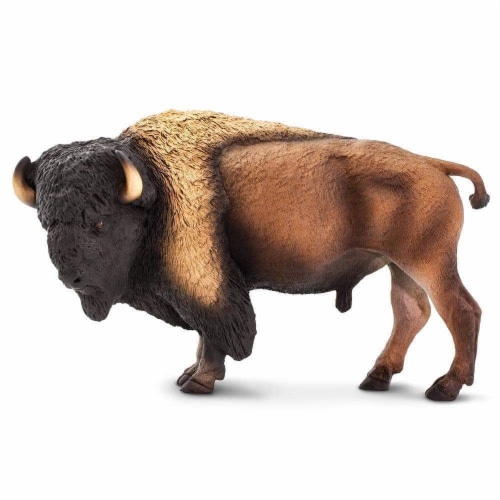 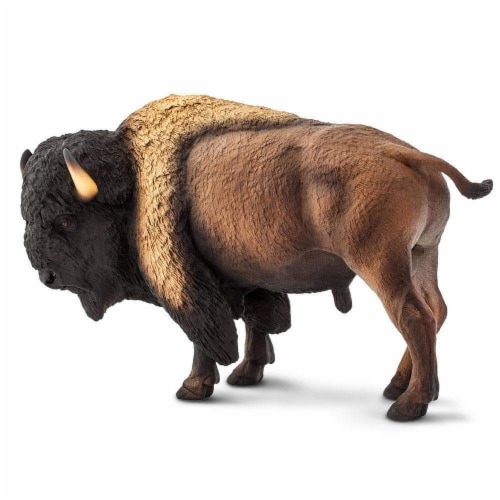 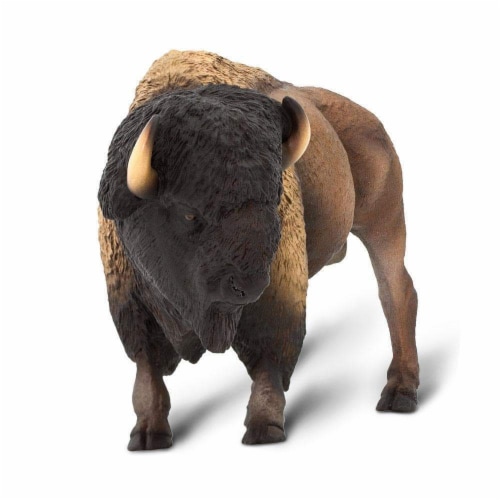 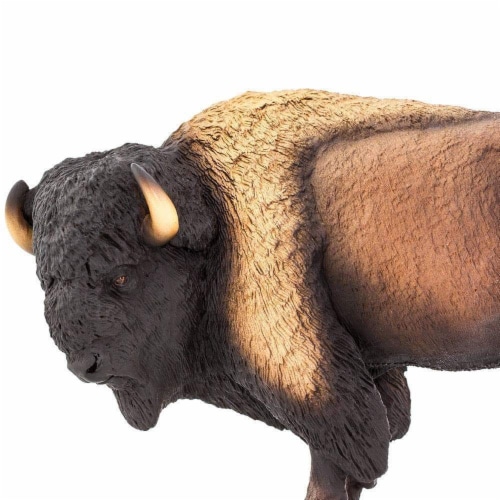 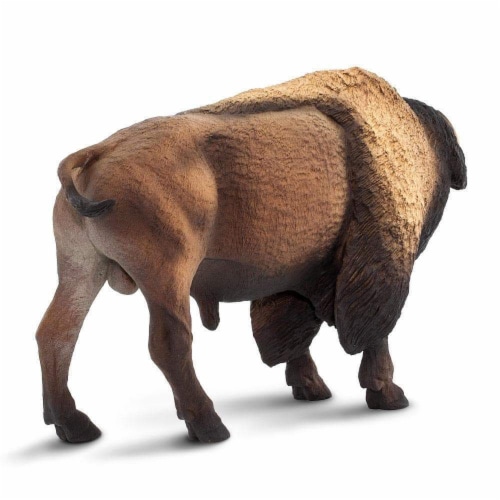 Bison are the largest land mammal in North America. There are two subspecies of American bison, the plains and woods bison, though the plains bison is more numerous and well-known. The European bison, a separate species, is similar, but has longer legs and a less hairy body. Both species of bison were brought to the brink of extinction in the early 20th century, but recovery efforts have helped them to bounce back. History: Bison are also popularly known as buffalo, though they are not closely related to the buffaloes of Asia and Africa. Though hunted nearly to extinction, they have since recovered and their status has been upgraded to â€œNear Threatenedâ€�. There are two types of currently living bison: the American bison and the European bison (or wisent). Scientific Name:Â Bison bison bison Characteristics:Â The bison is the largest mammal on the North American continent, so itâ€™s a perfect fit for our Wild Wildlife line. This hand-painted bison toy figure is packed with accurate details, including a heavy coat on its head and the front of its body, and a shorter coat on the rear half. Though bison can briefly reach speeds of over 35 miles per hour, this figure wonâ€™t charge you. Heâ€™s content to just hang out on your shelf! Size:Â This bison toy figure is 8 Â¼ inches long and 4 Â¾ inches tall. Itâ€™s about as long as the width of a standard sheet of paper. The Bison is part of the Wild Wildlife collection All of our products are Non-toxic and BPA free