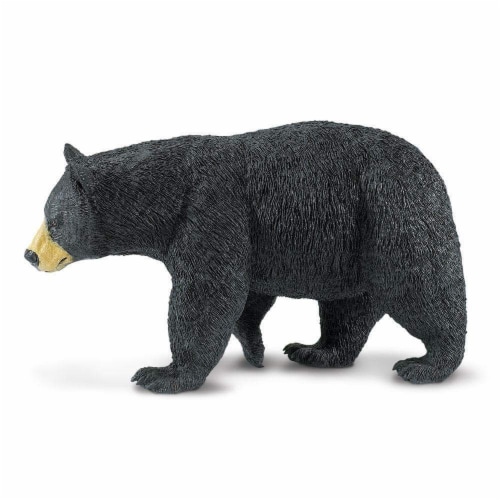 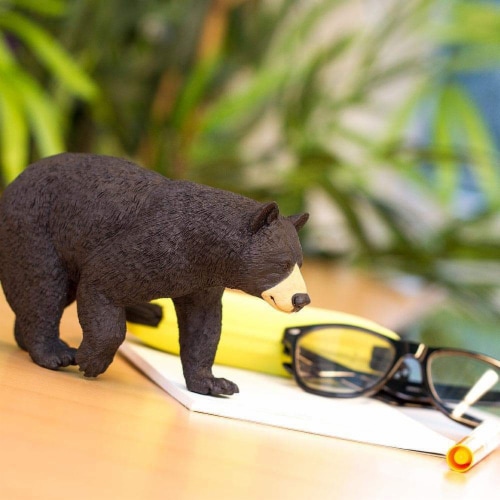 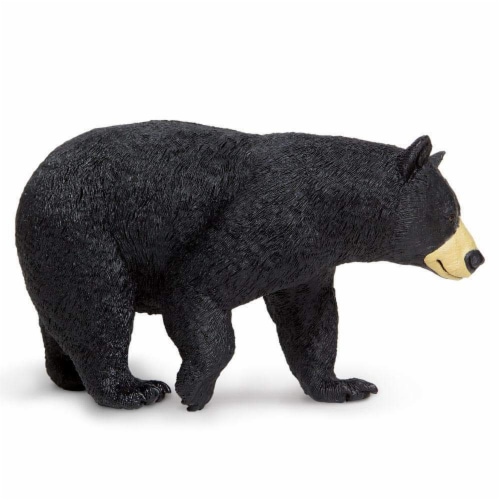 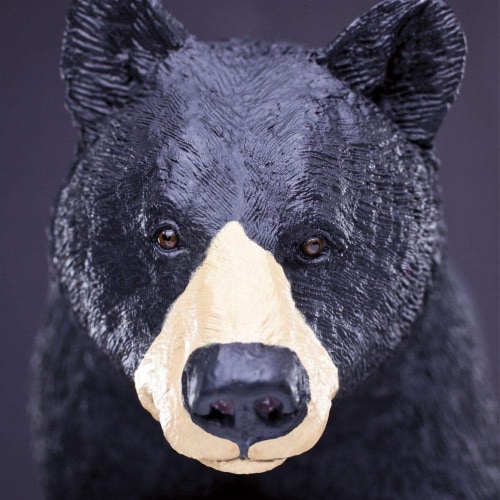 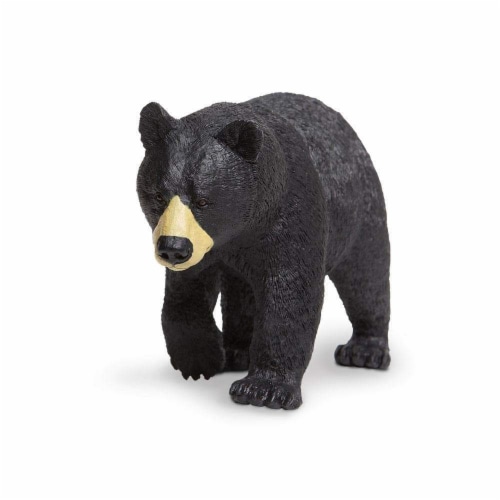 Although it may not look it, the North American black bear is actually the continent's smallest bear species. Not only that, it's also the world's most common species of bear and often encounters humans because they wander into urban and suburban areas in search of food. History: Bears are a prominent symbol in American history and folklore. In Navajo culture, it was believed that the black bear was the strongest of all bears, and it was often prayed too. Unlike larger bear species such as the brown bearm, human encounters with black bears rarely lead to serious injury or fatalities, despite how common they are. In fact, only 10% of all humans encounters with black bears resulted in injury, and almost all of them resulted in a female black bear protecting her cubs. Scientific Name: Ursus Americanus Characteristics: With a shadowy black coat and sandy brown nose, this meticulously painted black bear toy figurine captures the look of the North American black bear to a tee. Not known to have any consistent predators once they've matured, this bear can afford the slow and casual strut itâ€™s in the middle of. Size: 7.4 inches long, 3 inches wide and 4.4 inches tall, this black bear toy figurine is about as long as No. 2 pencil, and as wide as and just a touch shorter than a soda can. The Black Bear is part of the Wild Wildlife collection. All of our products are Non-toxic and BPA free.