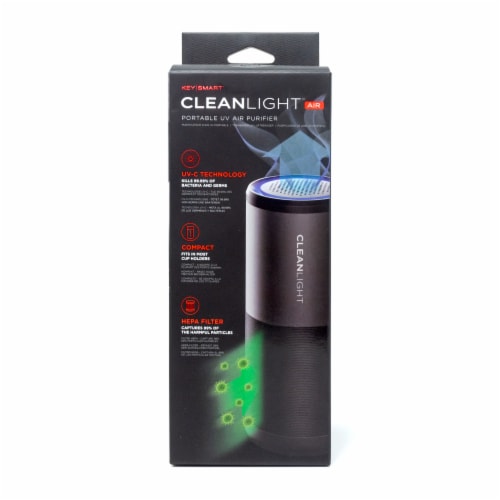 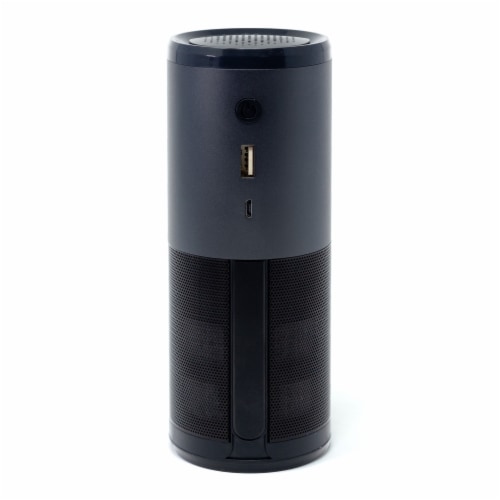 PERFECT FOR CARS & TRAVELING CleanLight Air cleans 161 square feet of space and fits in a cup holder. Whether you are on a car or plane, CleanLight Air is the easy, quiet, and effective way to clean the air around you. Plus it includes a USB output so you can charge your devices.

Perfect for cars, hotel rooms, or any space up to 161 feet.CleanLight Air is about the size of a water bottle, fits perfectly in a cup holder, and weighs less than a pound.

BREATHING CLEAN AIR IS MORE IMPORTANT THAN EVER Harmful particles can travel through the air and be ingested through the lungs causing multiple ailments and illnesses. CleanLight Air uses UV-C rays to kill 99.99% of airborne pathogens and microorganisms like mold, bacteria and viruses lingering in your air.

THE MOST POWERFUL PORTABLE AIR PURIFIER CleanLight Air was designed to purify and decontaminate your personal space on CleanLight Air traps particles as small as .3 microns including pet dander, dust, and pet odor.

ULTRA-QUIET With Low And High Fan Modes less than 27dB MUST HAVE FOR THOSE WITH PETS OR ALLERGIESCleanLight Air is a powerful and portable air purifier that uses UV-C rays and a HEPA filter to capture and kill 99.9% of bacteria and harmful particles. Eliminate dust, smoke, odors, pet dander, bacteria and pollution with CleanLight Air.