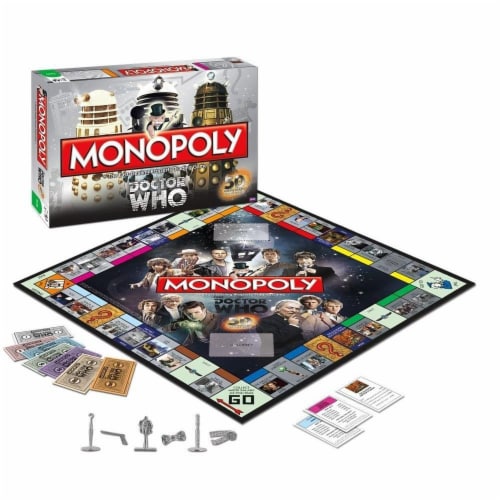 Travel through space and time with the Doctor Who 50th Anniversary Collector’s Edition Monopoly Game. Enjoy buying, selling and trading the various landmarks, episodes and spaceships as you travel across the billions of years that are included in the Doctor Who Universe. Fight for The Daleks, Arc of Infinity, A Good Man Goes to War, and The Poison Sky as you compete to own it all. The game includes 6 custom tokens based on the Doctor’s various costumes: The Seventh Doctor's Umbrella, The Second Doctor's Recorder, The Fifth Doctor's Celery, The Eleventh Doctor's Bow Tie, the Sonic Screwdriver and the Fourth Doctor's Scarf.