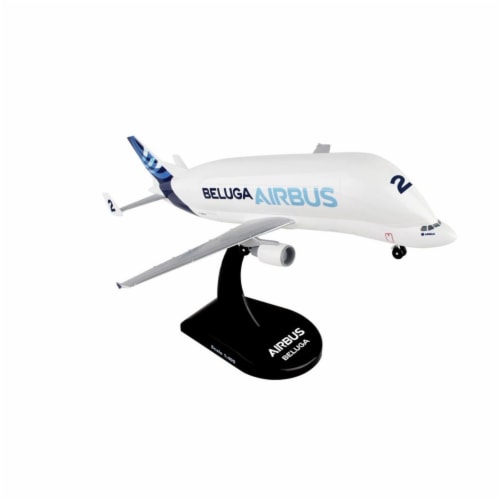 The Airbus A300 600ST is a version of the standard A300 600 wide body airliner modified to carry aircraft parts and oversized cargo It received the official name of Super Transport early on but it became more popularly known as the Beluga a whale it physically resembles The A300 600ST s freight compartment is 24 ft in diameter and 124 ft long the maximum payload is 47 tons It is primarily used to ferry Airbus aircraft components from various manufacturers to the final assembly plant in Toulouse France It also performs special charter flights for various purposes This model represents aircraft number two of the five member Beluga ST fleet Features . Airbus House Colors Specifications . Scale Type 1 400