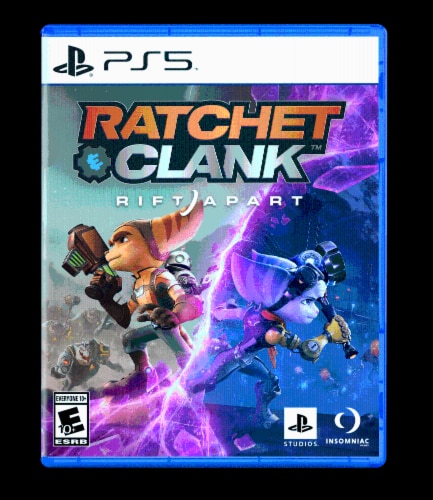 The intergalactic adventurers are back with a bang in Ratchet & Clank Rift Apart on PS5. Help them stop a robotic emperor intent on conquering cross-dimensional worlds, with their own universe next in the firing line. Built from the ground up by acclaimed studio Insomniac Games, go above and beyond with the mind-blowing speed and immersive features of the PS5 console. Brand-new haptic feedback and adaptive trigger technology creates astonishing physical sensations, bringing in-game actions to life in your hands via the DualSense wireless controller. Blast your way through an interdimensional adventure. Go dimension-hopping with Ratchet and Clank as they take on an evil emperor from another reality. Jump between action-packed worlds, and beyond at mind-blowing speeds complete with dazzling visuals and an insane arsenal as the intergalactic adventurers blast onto the PS5 console.