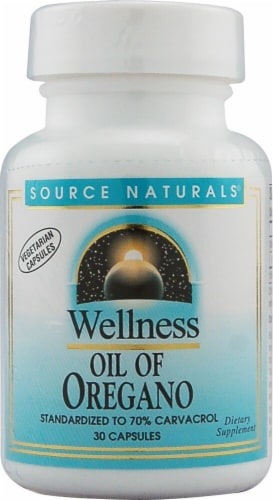 Source Naturals Oil of Oregano is from wildcrafted true oregano (Origanum vulgare), an aromatic herb that is native to the Mediterranean region. Traditionally, oregano was used to support digestive and respiratory health.  In vitro research indicates that carvacrol, an active constituent of oil of oregano, may provide support to the immune system. Source Naturals Oil of Oregano is one of the most potent on the market, and is standardized to 70% carvacrol.