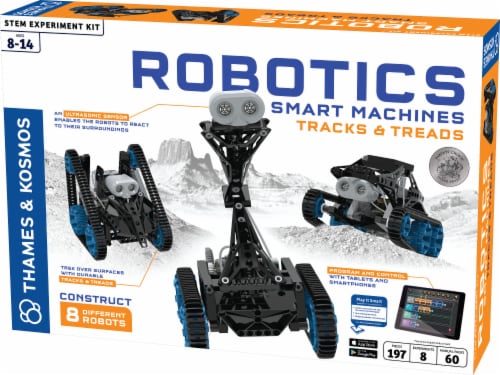 This product focuses on motorized machines that make use of continuous tracks, also known as tank treads, to move themselves and other objects around. Models are controlled by programs and an ultrasound sensor, so in addition to constructing the machines, you'll also learn how to use the included visual programming app on your tablet or smartphone to code the programs yourself! Build a robot with two large continuous tracks that drives around and avoids obstacles in its path. The attentive tracker bot model detects your hand, moves toward it, and follows it around. Once you understand how the technology works, you can build your own robots using the kit's 197 building pieces and create your own programs in the programming app, which is available on iOS and Android devices (tablet or smartphone required, not included).