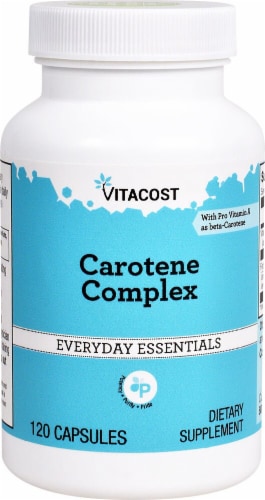 What is Carotene Complex?

What are the key benefits of Vitacost® Carotene Complex with Pro Vitamin A?

Nutrition Facts
120.0 servings per container
Serving size
Amount per serving
Calories
% Daily value*
Vitamin A3000International Unit333%
*The % Daily Value (DV) tells you how much a nutrient in a serving of food contributes to a daily diet. 2,000 calories a day is used for general nutrition advice.