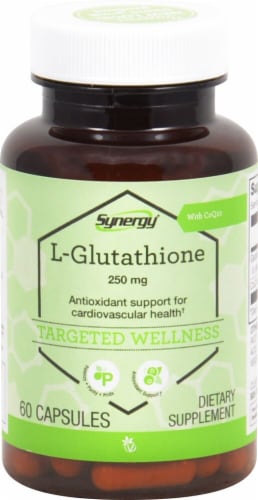 What are the key benefits of Vitacost Synergy L-Glutathione with CoQ10?