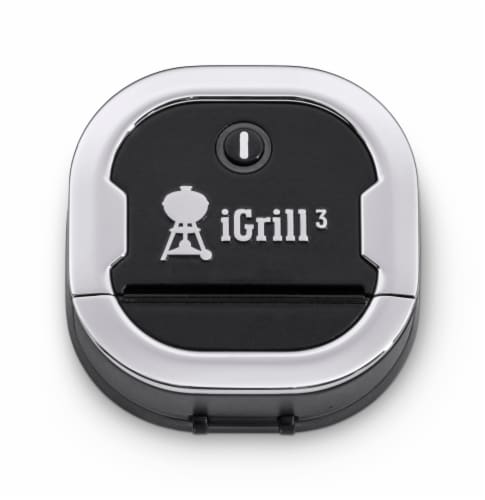 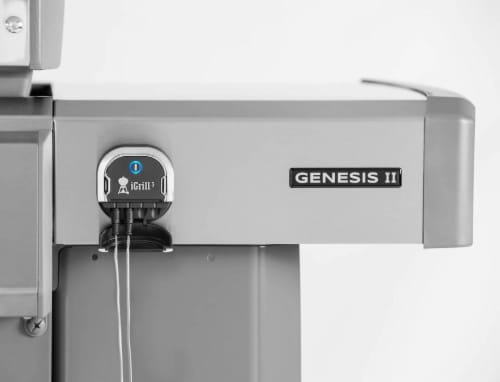 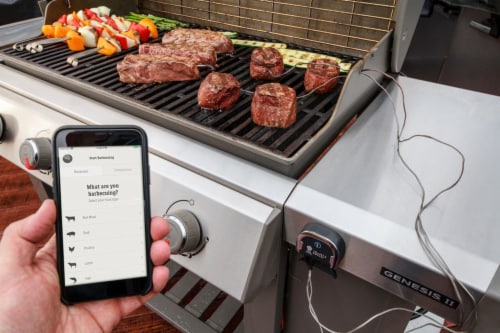 The Weber iGrill 3 mounts directly into your Genesis II or Spirit II gas grill. This app-connected thermometer allows you to monitor the doneness of up to four cuts of meat, from beginning to end, and notifies you on your smart device once food has reached the perfect temperature to serve.